Does this lead to my Linktree or a hilarious picture of a sad clown? Only one way to find out.

Hello! My name is Bailey. I am a hobbyist fursuit maker, artist, and cosplayer who collects Furbies. This website serves as my portfolio and showcase of general things that pique my interest.

I had no HTML/CSS experience before discovering Neocities, but this has been an enjoyable process. Thank you for stopping by!

9/12/22 - It's been a hot minute since I've done anything with this site other than updating a few images here and there. I'm trying to learn more about HTML and CSS so that I can make more complex stuff in the future. Unrelated, but I went to my first furry convention (Fursonacon) and won second place in the dance competition!

7/20/22 - Over a month later I've finished revamping the code. Yay! I've been so busy working Pirate Adventure six days a week... Only five more weeks and I'll be done! I'll miss my coworkers, but certainly not the hours.

6/18/22 - This website was originally built off of a template by Sadgrl, but I've grown enough since then that I began to find it limiting. I'm starting the process of completely rewriting the code by myself.

5/3/22 - I figured out how to separate my personal fursuits from the fursuits I've made and sold by making two galleries on this site, and I think I'm satisfied with it. Maybe? Who knows. Will probably be nuked and redone eventually.

4/15/22 - I saw CATS tonight and it was incredible! Everyone in the cast was unbelievably talented, and they were all so kind when I stood by the stage door and asked for signatures. I even got a photo with Zach Bravo who played Rum Tum Tugger! I LOVE CATS SO MUCH YOU GUYS

4/2/22 - I've been working on this site for several days and finally made some satisfactory progress! Today we also opened our theme park show, Charlie Brown's Pirate Adventure! I am "friends with" Charlie. 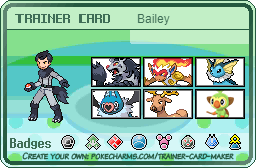